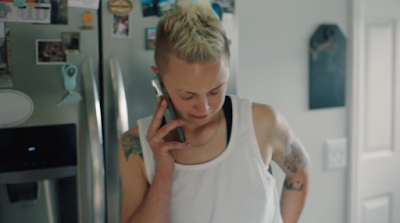 I swear I don't do p.r. for these guys. But I can't help it if the Association of National Advertisers keeps doing newsworthy (or in this case, blog-worthy) stuff.

Earlier this week, I wrote about the trade group's members selecting "pivot" as the Word of the Year. Now, they've selected the winners of their Multicultural Excellence Awards of 2020—and it was a good year for the agency McCann.

ANA's Best in Show recognized what, for my money, was one of the best campaigns of the last couple of years: McCann's "Love Calls Back," for Verizon and PFLAG. The work was already recognized with awards like The One Show's Bronze Pencil and the Shorty Social Good Award.

The cornerstone of the campaign, which was launched last year and ran across all Verizon's channels, was a moving, four-minute film featuring LGBTQ+ people reconnecting and reconciling over the phone with family members who'd previously rejected them for their sexual identity. Verizon's exec vp and CMO Diego Scotti said the campaign was "grounded in Verizon's commitment to diversity and inclusion in our creative."

In a killer year, it's good to have something to celebrate, and there was certainly a lot of terrific creative worthy of celebration. With that in mind (drumroll, and shameless plug), watch this space for two of my own advertising awards competitions, recognizing the Best Ads of 2020 and the Best Holiday Ads of the year. (They're not Lions—but hey, you gotta start somewhere.)