On Books, Beaches, Diversity and Andrew Sullivan — Or, What I Did (and Didn't Do) on My Summer Vacation 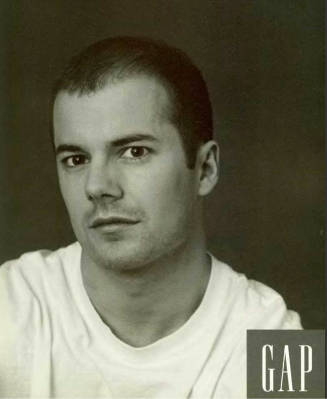 Followers of ToAM (hellllllooooo? Is there anybody out there still?) can see I took most of the summer off from posting content here. Not that there hasn't been anything going on in media and marketing — it's just that, considering the bleak state of the world and the need to mind my own mental health first, I had to shut it down for a while. Took a road trip down South and a handful of trips to P-town and other sandy points dotting New England, finally finished up a couple of books staring at me from my nightstand for too long — oldies like Joan Didion's "The White Album" and Rex Reed's irresistibly titled "Do You Sleep in the Nude?" as well as newbies like my friends Chris Freeman and Jim Berg's latest collection of essays on Isherwood, Andre Leon Talley's takedown of Anna Wintour and comic Judy Gold's book about free speech. That, and redecorating my home/office about a dozen times because, well, if I have to look at that old poster from the David Hockey exhibit at the Met one ... more ... minute ... . Oh, yes, and there's been work, mostly on behalf of companies scrambling to figure out how to communicate to the world that they're still alive even while nobody's paying attention. It's not as if the business has been asleep in the middle of our hunkering down, you know.

The headline of the summer: Corporations, including some of the world's mightiest, have been scrambling in the age of #BLM and #MeToo to put Black people and women in more senior and visible positions — most recently Citi, which just promoted chief brand officer Carla Hassan to CMO in charge of the newly merged marketing and branding division, and Amazon, which installed Ukonwa Ojo as CMO of Prime Video and Amazon Studios. For years, media and marketing companies have pretty much played lip service to the concept of diversity. I was hired about a year ago to conduct several interviews with the head of diversity for a major ad agency with the aim of developing some external content around the topic. In the scheme of things, a well-placed feature or opinion piece here or there would've been at least been something, I suppose, but also kind of like trying to put out a Cali wildfire with a bottle of Saratoga spring water. That project, as it turned out, was shelved as the agency began to prioritize other fires. Not that I was the least bit surprised. I've been writing about diversity in this business for as long as I've been writing about the business — quite a long time — and only in 2020, because of a movement that began with the criminal murders of George Floyd and Breonna Taylor at the hands of cops, did anything really start to change. As someone who started his career writing about the business of newspapers (you remember those), I can attest that sometimes it takes the dinosaurs a while to wake up.

Speaking of dinosaurs, Andrew Sullivan has been the topic of conversation this summer that, try as I might, I simply cannot seem to escape. Going back again to my beginnings as a media writer, I recall idolizing Sullivan when he was the brainy, cuter-than-a-button editor of The New Republic. Posing for Gap ads, putting out a magazine that was a must-read among the kvetching sets of New York and D.C., defending gay rights and gay marriage with clinical precision and unrelenting ferocity — and a British accent to boot — what writer didn't want to be him (or be with him) back in the 90s? Then he got sidetracked into racial politics and was branded a racist himself and this summer he got fired from his lofty perch at New York magazine because of it and, well, the whole Andrew Sullivan Show just became so tiresome. He managed to lose me and a lot of other people along the way. As the headline of Ben Smith's recent Times piece on Sullivan put it: "I'm Still Reading Andrew Sullivan. But I Can't Defend Him." The only difference is, unlike Smith, I do not read him anymore. It's not because I don't consume content put out by people I disagree with — I do. Fran Lebowitz once commented that she doesn't understand liberals who watch only MSNBC and read only the Times. "I watch Fox News," she said. "And believe me, it's much worse than you think." Sullivan is as beautiful a writer and as sharp an observer of politics, history and the culture as he ever was, in spite of my objections about much of his worldview. It's like that line from Woody Allen's "Husbands and Wives," wherein the college student (played by Juliette Lewis) explains to her professor (Allen) why she objects to his latest novel due to its overall retrograde views toward women: "We're not arguing about whether it's brilliant or not. 'Triumph of the Will' was a great movie but you despise the ideas behind it." (A prescient line considering the details of Allen's own life as we've come to know them the past few decades.) I say the more content the better in what's left of this hulking old hunk of mud that used to be called a democracy. But frankly, there's just too much to read. And while I wholeheartedly support paying for content (including Sullivan's newsletter, "The Weekly Dish," which charges readers 50 bucks a year), I have too many online newspaper and magazine subscriptions and streaming services to pony up for on a freelancer's pay as it is. Besides, in the case of Andrew Sullivan, I figure I have any number of alternative ways to become enraged for free.

And yet, it all makes me wonder ... would you subscribe to ToAM were you to be forced to pay for the pleasure?