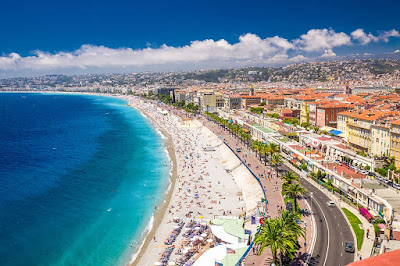 With agency holding companies saying thanks but no thanks to the idea of moving the annual Cannes Lions International Festival of Creativity to October from its regularly scheduled June slot due to coronavirus, the show is currently looking at its options — one of which is doing the whole thing virtually — according to Ad Age.

WPP and Omnicom had already pulled out of the festival, while IPG, Publicis and Droga5 are said to be "assessing the situation." A trove of marketing and tech events, including SXSW in Austin, have been either canceled or rescheduled because of the pandemic. Google's Cloud Next and Microsoft's Build are a couple of meetings going virtual this year, while others — including Facebook's F8 developer conference — have been axed altogether.

But for agencies and their creatives vying for the industry's most coveted award, as well as the companies that do business with them and the press that cover it all, the absence of Cannes would be a weird situation indeed. We've all personally known creatives (that's creatives, as in plural) as well as agency CEOs whose entire identity would be in question without their precious Lions.

But the reality of a virtual Cannes and other conferences is starting not only to look more like a possibility but maybe even the norm — not just this year but moving forward. With all of us working from our kitchen tables during the self-quarantining and becoming more comfortable by the day with virtual meetings and technology like Zoom and Google Hangouts, might this crisis usher in a whole new routine of attending conventions in our jammies?

And then there's the not-insignificant issue of money. Long before the COVID-19 outbreak and subsequent pause of nonessential businesses, agencies and their parent companies were already balking at the multimillion-dollar annual investment that is Cannes, with Publicis going so far as to boycott in 2017, sending shockwaves through the agency world and serving as a gut punch to organizers of advertising's highest-profile event.

The upside of a virtual Cannes is obvious — not only would it save all those millions in travel costs but many more people would conceivably be able to attend, and without a passport. On the other hand, one of the major selling points of the festival has always been the opportunity for face-to-face interactions. As Michael Clinton, president, marketing and publishing director of Hearst Magazines, shared with me during an interview from the Croisette a few years back, Cannes is "the most efficient few days I spend throughout the year. I see agencies, I see clients, I see our joint venture partners, I see fellow media executives — and it's all sort of all concentrated within six blocks." Then there are the many impromptu moments, some of which prove lucrative. "Literally you'll run into someone on the street and end up creating the makings of a deal," Michael said.

Another important aspect of the event would also fall by the wayside: those splashy activations sponsored by tech giants and other companies that spend millions each year setting up princely outposts on the Mediterranean, renting yachts and throwing lavish, invitation-only soirées.

The festivity is perhaps the single biggest thing that would be lost in a virtual festival. After all, Google Beach sounds like a party — a virtual fireside chat with Mark Zuckerberg (or an in-person one, for that matter) does not.

UPDATE: Cannes is officially canceled this year. Read all about it here.
at April 02, 2020