Another Magazine Goes Into the ICU: Hearst Converts Storied Pub to Occasional Pamphlet For Generation With No Attention Span 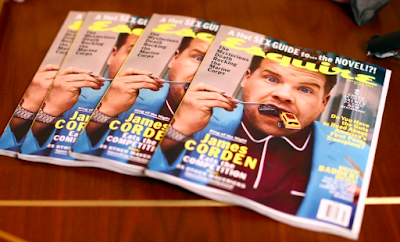 So, Hearst honcho Troy Young insists it's not because of coronavirus, but there are obvious parallels. Everybody's business is going south at the moment, of course, but magazine publishing — having already been in the ICU for some time now — got a head start to hell.

After writing about this business for so long, I suppose it shouldn't come as a shock or evoke any feeling of loss or exasperation whenever another magazine shuts down, or slices its frequency to next to nothing, or arrives in my mailbox as wafer-thin and bereft of engaging content as a visitor's guide to Plymouth Rock. But as someone who still actually enjoys the tactile experience of consuming news and information via print media, well, this just sucks that Esquire is going to 6 issues per year — particularly in the case of a publication with such a legendary pedigree and one that lately, under the guidance of new EIC Michael Sebastian, had become a stronger, more relevant read than it had been for a while.

Interestingly, around the same time I heard about the magazine's retreat, I got a promotional email inviting me to subscribe to TWO Hearst titles — Esquire and Men's Health — for the combo price of something like 5 bucks a year. I know I'm going to sound like a broken record here (not to mention as old as Methuselah), but how, as a publisher, do you expect to gain high-quality readers and attract likewise high-quality advertisers to reach those high-quality readers if you give away your product for less than a 3-course meal at the Waffle House (if you can find one that's not shut down yet, that is)?

I've only been making that point for, oh, a few decades now, but I still contend that, even in a world awash with free, mostly crappy content, people will still pony up for the good stuff — and as a publisher, aren't those the readers you want?

The New Yorker still gets that, as does The New York Times, Wall Street Journal, Washington Post and a few other periodicals charging a worthy price for what they sweat out — and the last time I checked, the circulations of those pubs were robust and growing.

These are companies that have figured out how to continue to make print vital even as they have built a formidable digital business.

So what's keeping other publishers from doing it?
at March 26, 2020