A Closer Look at Out Magazine's New Editor 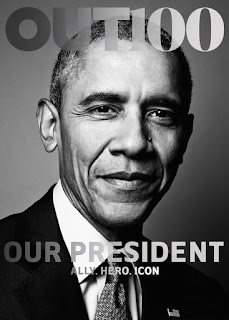 With rare exceptions like the phenomenal breakout that is VH-1's "RuPaul's Drag Race," the quality of media created for the LGBTQ community — like that of restaurants, bars, art, fashion and music targeted largely or exclusively at a gay clientele — pretty much sucks. Ironic, I've always thought, considering that gay people are supposed (or as the stereotype goes) to be innately gifted arbiters of style and taste. But nobody questions the style, taste or talents of Teen Vogue's rockstar content chief Phillip Picardi, who, it was reported this week, is taking over as editor in chief of the LGBTQ lifestyle and fashion magazine Out. I look forward to seeing what the highly regarded 27-year-old — who is credited with increasing traffic to the Teen Vogue website by 500 percent in just two years and who made Forbes' "30 Under 30" list this year — will do to breathe new life into the formulaic monthly, with its tips on cocktails, clothes and trendy vacation spots and shallow celebrity profiles as favored by Out's outgoing EIC of a dozen years Aaron Hicklin. (Though it has carved out a long-running and lucrative franchise with its "Out 100" special. Who doesn't love a list?) On the ad side, the magazine continues to rely on those copy-heavy spreads for all those HIV/AIDS pharmaceuticals, though mainstream consumer brands like Lexus, Miller Lite and John Varvatos have also thrown in their support. Still, like most print vehicles these days, its overall advertising profile is pitifully anorexic.

Maybe Picardi's touch will lure advertisers and readers both. But besides being a solid journalist who's in touch with the zeitgeist as well as the requirements of today's magazine editor, there's something else you should know about Picardi: He might just be the hottest dude working in the media business right now, maybe ever. With that shamelessly superficial assessment in mind, let's take a closer look at those bona fides, shall we? 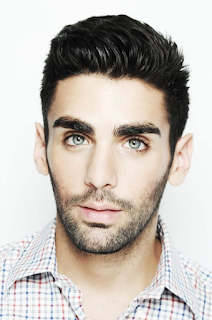 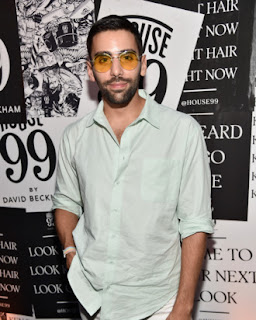 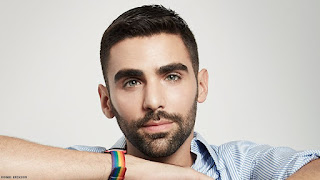 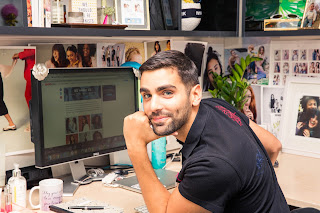 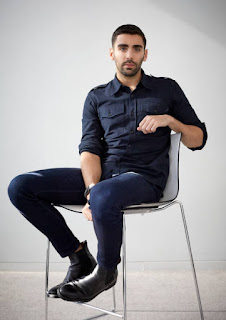 The talented and telegenic Picardi is most definitely a celebrity editor for our times — don't be surprised if he knocks his former Condé Nast mentor Anna Wintour off her pedestal someday. There was a virtual media stampede to report Picardi's gig, with The Wall Street Journal, WWD, Fashionista and The Cut all devoting plenty of ink to the news. Speaking of the latter, and having absolutely nothing to do with editor appointments or anything else really, I couldn't help but notice what sits atop that website's list of its most-read stories of the week:

Now that's what I call content that's fresh and new — it also happens to suck, and is the perfect example of why we need the likes of Picardi taking over this sad business.
at August 25, 2018