Magazines still matter, of course. If not, then why did three separate stories about magazine covers dominate today's news cycle? Vanity Fair kicked off things early this morning when it tweeted this eye-catching cover of a pregnant Serena Williams, photographed by Annie Leibovitz: 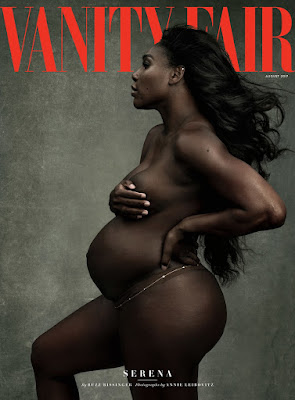 Vanity Fair has a way of making headlines with its covers. Remember two years ago when its Caitlyn Jenner unveiling became not just the year's most talked about magazine but the most buzzed-about media event period? That bombshell image, like the Serena cover, was announced quietly, with just a simple tweet, meaning that the most arresting and impactful images don't require a press conference to get attention or to become iconic. Speaking of icons (to me anyway), here's another, much-chatted-about cover of the day — unexpectedly belonging to Delta's in-flight magazine: 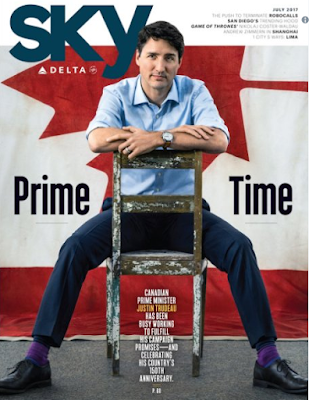 Finally, even though we're breaking with our daily ritual of ignoring him in the hopes he will disappear, our president is once again making headlines, this time by placing fake magazine covers featuring himself throughout his golf clubs. Here's one: 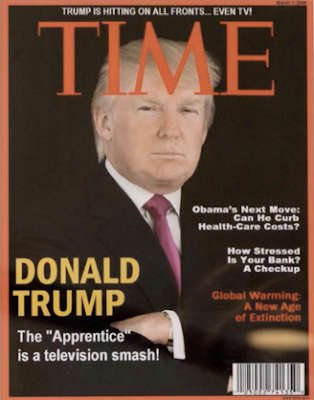 It's a story The Washington Post broke that got picked up by AOL, Business Insider, The Telegraph and everyone else, including The Hill, which had the headline of the day:

If this guy thinks the media suck so hard, then why is he fixated on what's written about him and on magazine covers in particular — including fake ones? A Time spokeswoman confirmed to the Post that the above is not, in fact, an actual cover, despite the fact that Trump has appeared on real covers of Time. On top of all the other lawsuits he faces, wouldn't a copyright infringement case brought by Time Inc. against the media's greatest tormentor be especially delicious?