There's little question that Donald Trump's devotion to Twitter—up to and including his unhinged rants this morning about the Democrats, Russia, the latest polls, CNN, etc.—is beyond merely juvenile and annoying, it's dangerous. That's why I started this Change.org petition to have his account deleted. (And I'm not the only one who's urged his silencing.)

But say this—at least the guy never tried to literally kill anybody using the social network (at least not that we know of).

As Forbes reports this morning:

When Kurt Eichenwald, a senior writer at Newsweek, publicly disclosed that he suffered from epilepsy, little did he imagine someone sending a tweet as an online weapon—a GIF image of a strobe light—to provoke a seizure. That is exactly what happened to him late in 2016, and now the FBI has arrested John Rayne Rivello, accusing him of sending the tweet containing the deadly file. The FBI has subsequently charged him with criminal cyberstalking with the intent to kill or cause bodily harm.

As noted, I realize Twitter has its issues. A decade after its launch and despite its being heralded as a means for bringing people together, for spreading freedom and democracy and awareness of noble causes and all that crap, it has become best known as the favorite communication platform of an absolute lunatic who's got one finger on the button, the other on the remote (not that his channel is ever switched from Fox News). But even so, it remains my go-to source for news.

A few years ago, a media executive asked me which sources I turned to every day to stay informed. I threw out some random news sites, but noted that I actually get most of my news via Twitter. Its usefulness in this regard all depends on which outlets one follows, of course. It also depends on what we're calling "news." I learned about the Osama Bin Laden raid on Twitter, as well as the Trump Access Hollywood video and Caitlyn Jenner's unveiling on Vanity Fair's cover. And in the business I cover, each of those could be accurately described as a bombshell.

A quick glance at Twitter first this morning let me in on not only those topics that were trending (the testimony of the FBI chief, the first day of spring) but also important developments out of the advertising world (the BMW Mini account was dumped by its agency before the account had a chance to break up with the agency, according to Campaign US), the media business (LGBT YouTubers are accusing the site of blocking its videos, reports BuzzFeed) and Hollywood (Richard Simmons doesn't want you to bother him, according to People). Then, naturally, there are the opinions ("For Trump, it's just another Manic Monday on Twitter. He's going to need an overhead for that transparency. And an IMAX for that projection," tweeted George Takei).

That's aside from the really important stuff. You know, like this. And this. And then, this: 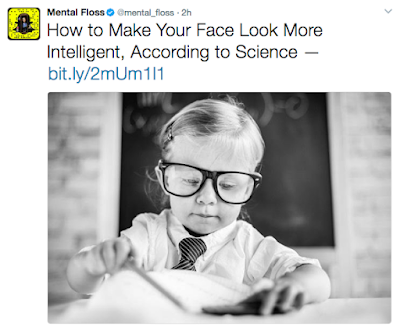 I can't believe somebody finally discovered my secret. 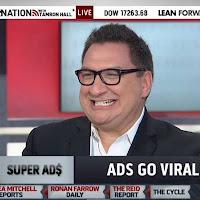