The Death of 'Taco Bot': A Cautionary Tale for AT&T, YouTube and the Advertising Business 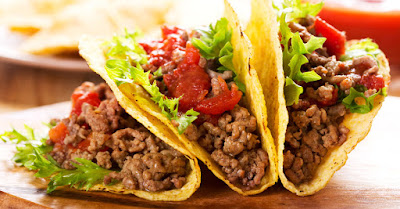 The news that megabrands AT&T and Johnson & Johnson are the latest in a crush of global giants pulling out from YouTube over concerns about their ads appearing next to offensive content has, naturally, focused largely on the site's owner, Google. On the defensive, Google has promised an "extensive review."

But how do you control a robot?

The actions of one advertiser or vendor are the least of this, and its getting resolved seems about as likely as our making Bill Gates un-rich or Kim Kardashian un-famous. The larger issue around this mess is that it's yet one more defeat for the inexorable automation of business. And in particular, it is another black eye for programmatic advertising.

The Times puts it pretty succinctly:

"The issue highlights the continuing risks companies face with programmatic advertising, which sends advertisers' money through a complex web of agencies and third-party networks that resemble a stock exchange before ads appear. As advertisers target people based on their browser history—the reason a pair of jeans in an online shopping cart may follow a person around the web for weeks—and extend their reach to all manner of websites and videos based on how many people are tuning in, they are growing more reliant on technology companies to prevent them from showing up in the wrong places."

"Growing more reliant on technology companies" is the key phrase there.

We all are, of course. But that doesn't mean we have to like it. That would explain that smirk on our faces whenever the end all and be all of technology fails us. Which it always does. But more on that later.

The future has arrived, we keep being told (sold). Virtually every other headline nowadays has to do with bots or A.I. or self-driving cars or automated/artificial/self-cleaning/self-flushing whatever. Are you as sick of it as I am? Granted, I am a person who still considers the Kindle a sign of the downfall of civilization. Not to get on a rant straight out of "Network" or anything, but we're not just "becoming one of Howard's humanoids"—we're there. Any of us could be forgiven for feeling this close to getting replaced by a machine any minute.

(Wait, there's a knock at the door now—is it the Terminator?)

And like the whole of mankind in those movies, we've all pretty much accepted the fact that none of this is good news for us regular old humans. Self-driving cars alone could end up costing as many as 3 million workers their jobs in the U.S., according to one alarming projection. Earlier this month, that annual techie circle jerk down in Texas known as SXSW Interactive featured more than two dozen discussions on stage concerning bots—panels with irresistible titles like "Artificial Improvisation" and "Ready or Not, the Bots Have Risen!" (now if only they could program one to kill me).

It was somewhat reassuring to come across this weird little story this week about the utter debacle that was Taco Bell's magnificent, state-of-the-art taco-making robot, which was tested in a few of its stores in the U.S. back in the early 90s. As the story goes, these nifty devices could make a perfectly beautiful little artery clogger—and that was precisely the problem. They were, well, too perfect somehow. And that, somehow, managed to affect the taste. Bottom line: they stunk. People bitched, as people (especially Americans) will do when their fast food (or anything) isn't to their liking. So the terrific taco bot got the boot.

Of course, technology is far, far beyond where it was all those years ago. Or is it?

For every depressing article or blog post or magazine cover or conference panel about how a robot is gearing up to take my job and burn down my village before murdering me in my sleep, there's another, more comforting tale about how technology is going horribly, horribly wrong—phones (and even washing machines) exploding, self-driving cars running red lights and even killing people, and of course who could forget those algorithm-armed political pollsters last fall not knowing what the fuck was going on? Now, the latest: Google, YouTube and an army of mysterious technological gatekeepers screwing over the very advertisers who keep the whole world afloat.

It's probably too much to hope that, like those Taco Bell executives way back when, we will wake up and realize some things are simply better done by actual human beings. (I can practically hear every millennial media exec howling at the very suggestion.)

So, worry not. There's bound to be road bumps—this stuff's hard! All the visionary men and women now struggling with the noble work of replacing men with machines need only hang in there—do not give up on your dystopian dreams!