Is It Curtains for The Hollywood Reporter? Variety Publisher Penske Media Group to Operate Rival THR, Billboard and Vibe in Joint Venture With MRC 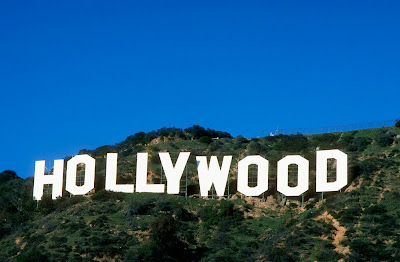 The era of dueling Hollywood trade pubs is over.

Variety reports that its parent company Penske Media Corp. has inked a deal with MRC to operate The Hollywood Reporter, Billboard and Vibe under a joint venture. The newly formed company will be called PMRC. The deal puts longtime rivals Variety and THR under the same roof for the first time ever, and also means that leading music pubs Billboard, Vibe and PMC's Rolling Stone will now be family.

Dick Clark Productions and other assets will be spun off under a second joint venture, charged with developing new content from brands across the company. (So you know what that means: more awards shows.)

Tongues are wagging as to the ultimate fate of THR. Will Jay Penske continue to run the two trade titles as separate, quasi-independent entities (á la the old "joint operating agreement" of daily newspapers, where business operations are merged while the newsrooms continue to compete with one another) or will he fold Variety's longtime rival?

"Whether Penske decides to shut THR depends on how it is performing financially," Reed Phillips — the chairman of Oaklins DeSilva+Phillips, which specializes in M&As for media, marketing and tech businesses — told me this morning. "If it is doing OK, it might be a smart strategy to keep it alive because you are often better off competing with yourself by having two strong brands in the same market rather than leaving an opening for another."

Another media insider told me, referencing Penske's track record of taking over and making over titles like Variety, Rolling Stone and WWD: "Penke's business model has been to acquire established brands with loyal audiences that have been mismanaged in the past. They cut costs, but they don't have a history of folding things. They don't fold businesses — they transform businesses by bringing them into the 21st century."

As for myself, someone who has worked on and off for years for some of these pubs and their corporate siblings, reading about all this is kind of like watching a wedding between Hatfields and McCoys. Let's wait and see whether it turns into a bloodbath.