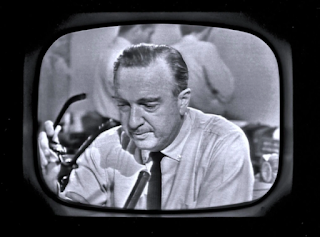 If you are a working journalist, as I am, you could be forgiven for wanting to off yourself daily for being reminded by other reporters of what a complete failure you are.

Let me say upfront that I have enjoyed the spoils of my career, of which there have been many. I've been honored to rub elbows with famous journalists and other bold-faced names. I've attended the Oscars, talked at the Cannes ad festival, and partied at the Tribeca Film Festival. I've gone on TV to talk about this or that on occasion. I've had celebrity writers pick fights with me, some of them public — among them Salman Rushdie and the late Jimmy Breslin. Those were a lot of fun.

But I never saw myself as the story. How naive of me.

Professors, albeit brilliant ones, who like to write about current events are now being classified not just as journalists but as superstar journalists. Consider Ben Smith's puff piece on Heather Cox Richardson in the Times this week. Richardson teaches American history at Boston College and has built an impressive following on Facebook and the newsletter platform Substack. She is a wonderful writer and teacher. What she does not do is journalism, which she is the first to admit.

That doesn't stop Smith from hyperventilating that she's the future of our trade. He writes:

Dr. Richardson's focus on straightforward explanations to a mass audience comes as much of the American media is going in the opposite direction, driven by the incentives of subscription economics that push newspapers, magazines, and cable channels alike toward super-serving subscribers, making you feel as if you're on the right team, part of the right faction, at least a member of the right community. She's not the only one to have realized that a lot of people feel left out of the media conversation.

Richardson herself figures she has drawn so much attention (and so much success; her Substack account pulls down $1 million a year, Smith estimates) because she makes readers come away feeling "smarter, not dumber." Not only is that an incredibly arrogant thing to admit, but it's an insult to every committed journalist out there fighting to reveal some truth on this bleak mortal coil. (I do not include the bottom feeders among them. See: the New York Post.) If the public is too bored by what most of us toil to report, if they feel "dumber" after consuming our stuff, then may I suggest that the fault lies with the easily distracted, garbage-clogged lizard brain and its need (nay, craving) for quick and easy explanations. It requires some focus, after all, to absorb that characterized by even a suggestion of complexity. Or at least they have to assume some of the blame, as I see it.

The medium may make us "stars." That's not a new phenomenon. Consider H.L. Mencken, Nellie Bly, Martha Gellhorn, Hunter S. Thompson, Walter Winchell, Walter Cronkite, Walter Lippman, and other people who may or may not be named Walter. But doesn't it strike you as somewhat ludicrous that any of these people would have had newsletters on Substack or Medium? Or, Twitter accounts? If they'd been around in his time, no doubt Suetonius would've been active on Instagram and have had a personal stylist and book agent.

Let us consider this piece by McKay Coppins in the current issue of The Atlantic. Ask yourself: who is the subject of this story?

Tragedy and disaster have always been the stuff that journalism careers are made of. But the Trump era has been especially rewarding to a certain class of Washington reporter. As the White House beat became the biggest story in the world, once-obscure correspondents were recast in the popular imagination as resistance heroes fighting for truth, justice, and the American way. They were showered with book deals, speaking gigs, and hundreds of thousands of Twitter followers. They got glow-ups to accompany their new cable-news contracts, and those glow-ups were covered in glossy magazines. Along the way, many of them adapted their journalism to cover an unusually mendacious and corrupt president (much to the delight of their new fan bases). As the story draws to an end, the reporters who got famous fighting with Trump are facing a question: What do we do now?

That's right: the subject is the journalist, naturally — not the POTUS, not the executive residence, not the republic, but the exalted reporter. As Albert Brooks's correspondent in the still-holds-up 80s film "Broadcast News" put it: "Yes, let's not forget, we are the real story here."

I wrote in this forum awhile back on how annoying these reporters are who lament not having Trump to cover anymore because they'll be "bored." To them I say, get a new job. I hear Substack is looking for fresh, new voices. Maybe they'll even pay for your stylist?