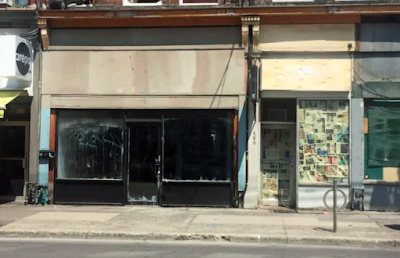 Turns out all those Amazon deliveries and all that toilet paper hoarding wasn't enough to save the economy.

The U.S. government's own data, just out this morning, reveals that retail sales are the worst they've been since it started tracking them, the Times reports. Retail declined 8.7 percent in the month of March compared to February — with the situation likely having worsened since then, as most states didn't move to shut down nonessential businesses till mid-March into April.

And you can blame this for the whole mess:

The sector may well bounce back after the worst of the pandemic is over and retailers begin to slowly reopen. What likely will never recover are the millions of lost jobs in an industry that was already in the toilet before anybody heard of coronavirus.

A report earlier this month predicted that 15,000 store locations may never open, with chains like Macy's, Gap and Kohl's poised for collapse altogether. Macy's last week hired investment advisers Lazard to come up with a plan to save the department stores, with all locations currently under lock and key and some 123,000 employees furloughed. Even pre-pandemic, Macy's had started carrying out a plan to close 125 stores and eliminate more than 2,000 jobs, on top of all the locations and employees it had already killed off.

As for the marketing of all those products consumers can't get to stores for right now but that they can order online, you might want to think again if you're a retailer looking to use our stuck-at-home status to push, say, the pajamas Chrissy Teigen is wearing in her latest Instagram post, warns WWD.

Your intent may be nothing more than good old-fashioned capitalism, dear marketers, but it turns out that some people may see hawking pamper-yourself products like lavender-scented body scrub and $200 diamond-infused bottled water as downright tacky with the stench of death in the air. Like you, no doubt, I have been served ads in the last few weeks for everything from home gym equipment to bunker-ready generators to (my favorite) virtual cosmetic surgery consultations. Not to mention manhood-enhancing padded undershorts. Though that didn't have anything to do with apocalypse preparedness. At least I don't think so. Still, I resent their implication.

As brand expert Ellen Niven pointed out in WWD, not only does coronavirus-inspired advertising strike a terrible tone, "it reeks of opportunism."

Ad Age is keeping a running tally of how marketers are responding to the pandemic. While many are making a point of being charitable right now — like KFC and Chipotle donating food to healthcare workers, TripAdvisor helping the decimated travel industry or McDonald's donating 1 million protective masks — others are clearly attempting to, well, just sell shit, like the Wisconsin brewer that launched a brand of beer called "FVCK COVID" or Chase bank's ads promoting the fact that it's still up and running during the pandemic and available for doing what it does best: stealing people's money.

But there is a lesson in the launch of a new beer or a bank selling its services: We must, even in the face of disaster, keep living. And surely there's no harm in making life at home as comfortable, even luxurious, as can be in these hunkered-down times.

I spent considerable time on the phone the other day convincing a friend it was OK if she gave herself spa treatments right now, even though she is haunted by the thought of coronavirus patients on ventilators in the hospital right down the street from her apartment. Here's the hard truth: While empathy is noble, the fact is, you are not going to make one less person suffer because you give yourself a rare earth clay masque.

I'm reminded of what that William Hurt character in the 80s film "Broadcast News" said to a coworker who didn't think he was properly upset that their colleagues were being fired even as their own jobs were being spared: "I'm sorry that I don't feel bad because I don't feel worse. This has happened at every place I've ever worked."

So what's all that got to do with retail?

Ordering up a $2,800 Rock belt from Hermés may not save the world. But who knows? It might just save a job.

Bottom line: Don't feel bad because you don't feel worse. And don't feel guilty about going ahead and living your life even during these dark times.