Live Is Still Alive: Live Nation and ASICS Look Beyond Lockdown; Plus, W+K Is Ad Age Agency of the Year

Live events have been put on hold for the time being, but the largest entertainment company in the world, Live Nation, has its eye on a post-lockdown future. In other words, live is still alive. The sneaker brand ASICS, which staged successful activations at three of Live Nation's most popular music festivals last summer, is moving forward as well, even as the retail sector tanks and as the athletic shoe market in particular copies with a 75 percent decline in sales because of the pandemic. Even though the Tokyo Summer Olympics were pushed back a year, ASICS still plans to roll out multiple Olympics-themed sneaker styles, as well as several other new designs, this year. For the case study on ASICS' work with Live Nation and more on what these resilient, forward-thinking companies are doing to survive the coronavirus crisis and their plans for thriving beyond it, check out my latest in Ad Age.

On the topic of companies that are killing it, congrats to all the shops that made this year's Ad Age A-List, particularly Agency of the Year Wieden + Kennedy. It is a bittersweet celebration since several of the award-winning agencies were forced to lay off employees because of coronavirus. Taking home Agency of the Year honors — a closely watched measure of success in the industry — is one thing, but winning it three years in a row is something else altogether, and it's a first this year not only for Wieden but in the history of the awards, which have been around since 1974. "This past year, the agency doubled down on its previous successes, proving that it can build upon even its best work with longtime creative partners while still drawing into its fold some of the most recognizable brands on the planet," said Ad Age, singling out the agency's work for Nike, Ford and Bud Light and business wins including Facebook, Fisher-Price, Quibi and, most notably, McDonald's. Keep killing it, guys. 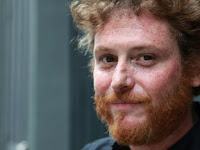 The timing of Agency of the Year is also bittersweet because the awards happen to coincide with the departure of Ad Age's editorial el jefe Brian Braiker, a fine editor and standup dude whose absence will most definitely be felt not only in the newsroom but across the ad industry. As Brian wrote in his final editor's letter for Age: "I'm not going to bury the lede. This will be my last issue as editor of Ad Age. After three wonderful, challenging, intense and exhilarating years, I'm sad to say I'm parting ways with this iconic institution. Working with this newsroom in both good times and scary times has been an honor." The leading ad trade pub underwent a major redesign under Brian's leadership, while new products including podcasts, video series and events were launched. The brand won five prestigious Neal Awards for b-to-b journalism in the last three years, including Best Website, which it just picked up last Friday.

Being an editor in these times is extremely difficult — some might say impossible. Editors no longer merely conceive and produce the content against which advertising is sold, in addition to hiring, firing and otherwise managing human resources, traveling to industry conferences all over the world, hosting podcasts, webcasts and video series, making media appearances, and a gazillion other responsibilities. Rather, they are expected to do all that and also have a key role in the business side — up to and including making sales calls and drumming up new business. Dare I say that for the typical editor in chief, generating content and worrying about business-side functions like sales and business development are about a 50/50 split in terms of time and energy spent.

It didn't used to be that way back when salespeople had their own relationships and ideas for building the business — something they have come to (heavily) lean on the editors for. In one of my former lives as an editor, I was actually told by a business-side executive during a conversation about the impossibility of juggling content creation and sales responsibilities that our product wasn't the kind of thing that, you know, could bring down a president or anything, the implication being that it shouldn't be so hard to crank it out while also selling it. "We're not Woodward and Bernstein," this character had the nerve to say to a journalist's face. And people wonder why the business is dying. Maybe it's because when the editor should've been at his desk in New York producing solid content, he was instead on the West Coast making sales calls. And maybe, just maybe it's because some of the people running the business shouldn't be.

As for you, Brian, you are an A-lister yourself. Everybody in this business and I look forward to your next act.
at April 20, 2020