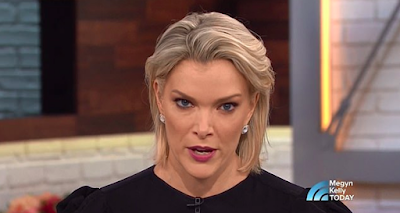 What a head-spinning rise and fall it's been for Megyn Kelly. The TV personality was the darling of Fox News and the right until she came out bravely and forcefully about the harassment she suffered at the hands of the network's boss, the late Roger Ailes — becoming an early and powerful voice in the #MeToo movement — and until she moderated that debate of GOP presidential candidates where she stood up to Trump and was accused of having "blood coming out of her wherever." Suddenly she was superwoman, gracing the cover of Vanity Fair and getting courted by the broadcast networks. Seeing all this unfold a couple of years ago, I have to admit that I was also charmed, and convinced she was destined for the big time — even putting her on the cover of a magazine I was running features for at the time. I was hardly alone in my naiveté, but as has become clear this week in the wake of her colossally ignorant defense of blackface on national television, NBC proved the biggest dupe of all, investing $23 million a year for what turned out to be one huge, blonde bomb — and facilitating just the latest in a series of costly, image-wrecking disasters (Brian Williams, Ann Curry, Matt Lauer). The news is that Kelly and NBC are negotiating her exit. But in hindsight, was Kelly's swift flameout really so hard to predict? Her mainstream media makeover was always dubious — some might even say a disaster waiting to happen. Megyn is, to be sure, an authoritative TV presence, on script — it's when she goes off script that things get dicey. It was abundantly clear during her long tenure at Fox News that this is an individual who has a habit of not thinking before she speaks — a necessity on live television, one might argue. We all remember the cringe-inducing discussion on Fox in which she insisted that both Santa Claus and Jesus Christ were white. Then there were the repeated, embarrassing lapses in judgement she made once she got over to 30 Rock, involving Today show interviews with celebs like Jane Fonda (whose face work seemed to fixate Megyn) and Suzanne Somers (with whom she joked about marital rape), and that ill-advised, prime-time sit-down with conspiracy lunatic Alex Jones (which led to an advertiser and affiliate revolt). Those gaffes don't even take into account all the behind-the-scenes turmoil around Kelly that's been widely reported. As many have pointed out from the beginning, Kelly was an obviously bad fit for the Today show and the happy talk domain of morning television. But where, I wonder, would she have fit in? I can't imagine who'd want to hire Megyn Kelly — she seems to be damaged goods with the right, the left and everybody in between. (She can dry her tears with hundred-dollar bills, as they say.) But a bigger question might be: What's the next PR nightmare waiting in the wings for NBC's hapless, serially mismanaged news division — and what does parent Comcast intend to do to at least try to make sure there isn't one? Considering the epic debacles around Kelly and Lauer, and other recently reported revelations regarding NBC News's apparently questionable leadership, perhaps it's news division boss Andy Lack who should be the next high-profile personnel change at the network?