Well here's an all new and different marketing technique — but not one that'll win any awards. The racy men's underwear brand Andrew Christian — whose ads, even at their least controversial, are most definitely NSFW — has taken exploitation to a whole new level with a promotional email blast teasing leaked nudes of Olympic diver Tom Daley, as Queerty reports. The link was quickly taken down by the advertiser, but not before some people took to Twitter to slam the stunt: 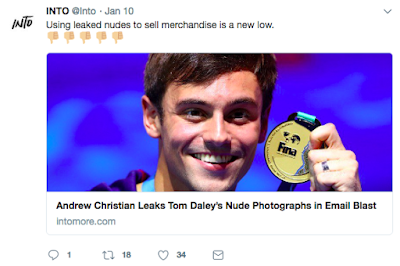 But Calvin Stowell of The Trevor Project had the most spot-on take: 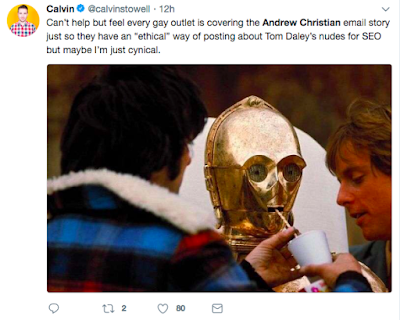 (Don't forget all those media and advertising blogs too, Calvin.)
at January 11, 2018