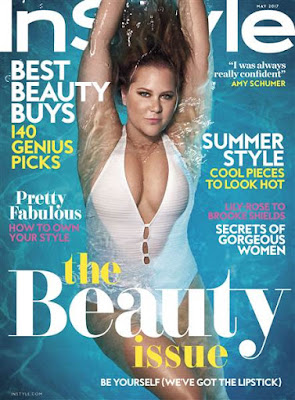 Tryin' to keep this content fresh, people, really I am. But sometimes a boy's gotta pay the rent.

Traveled to L.A. this week for the annual convention of the American Association of Advertising Agencies (known to all of you as the 4A's, with apostrophe), where I ran into a lot of people I've known awhile (IPG's Michael Roth, 72andSunny's Matt Jarvis, Fast Company's Bob Safian, every ad reporter on Earth) and enjoyed meeting and listening to talks by a few others (Pinterest's Ben Silbermann, Facebook's Andrew Bosworth and MEC's Marla Kaplowitz, incoming CEO of the 4A's).

One of the hot topics was the advertiser boycott of YouTube over ads that pop up alongside objectionable content—Roth addressed it from the stage (contending that marketers, including IPG clients Coke and J&J, were right to take the stand, contrasting with more skeptical execs like WPP chief Martin Sorrell), while Google reps showed up to reassure the crowd it was working overtime to manage the issue, announcing that it had hired multiple third-party firms to monitor videos posted to the site. A lot of people still question how much of an impact that will have considering that 300 hours of video are uploaded to YouTube every minute.

One of the better panels had to be "The Agency of the Future" —good stuff from heavy hitters like JWT's Tamara Ingram. Some of the funniest moments from the entire three-day program came by way of that session and Periscope's Liz Ross, who reminded 4A's attendees that numbers are not everything. "We are so in love with data as the answer," she said, "but algorithms don't understand love. If everything were based on an algorithm, we would all be perfectly matched with people and there would be no dating apps." Expect the entertaining, no-b.s. Ross to get invited to do more of these talks.

The most emotional moment was outgoing 4A's CEO Nancy Hill's tearful goodbye after nine-and-a-half years. Hill talked about progress made on issues like technology, measurement, ad blocking, and gender equality and diversity, while not shying away from the ad industry's darker moments, saying she was not "naive enough to believe that some of the alleged bad behavior we read about in the headlines isn't happening"—sexual harassment, racism and sexism among the behaviors she called out. But she stressed that, as an industry, "We are better than that."

The badvertising debacle that is that tone-deaf Pepsi spot with Kendall Jenner had people buzzing this week, not just in L.A. and the industry but everywhere. As with so many marketing flops, the big question was how something so awful could ever have ever snaked its way through the long creative process to make it to air in the first place. Sometimes advertisers boycott vendors to keep their distance from objectionable content—and sometimes advertisers are the objectionable content. It's going to be a long time before Pepsi lives this one down. There's no doubt that if there were an equivalent of the "Razzies" for advertising, Pepsi would sweep. (I was thinking up names for such a prize: "Badvertiser of the Year"? "The Badison Avenue Awards"? Someone on Facebook suggested my favorite, though: "The Garbage Cannes.")

A little busy since I returned on the redeye yesterday morning, I hadn't had a minute to catch up on other media and marketing news—till this evening, when I happened across this ridiculous  "controversy" over Amy Schumer's InStyle cover. Some designer nobody's ever heard of fat-shamed the comedian for wearing a white bathing suit. Really? Scads of magazines, including even the iconic Sports Illustrated Swimsuit Issue, have featured women who aren't a size 2 on the cover. Some of the best ad campaigns around, from the likes of Ralph Lauren, MAC Cosmetics and Lane Bryant (whose marketing boss gave a terrific talk at 4A's), happen to feature models who think something more than a bag of airplane pretzels and a Diet Coke constitutes a square meal.

But considering the current climate—where you're nobody till you've attacked somebody in the most public, vicious way, preferably somebody in a less powerful position who never did anything to you, where women's rights are more under siege than they've been in decades and where, almost three months since the inauguration, Hillary continues to get the blame for everything—we no doubt haven't seen the last of this woman-hating crap.

To quote Harvey Fierstein's character in Torch Song Trilogy after learning his kid got sent home from school because of a fist fight, "How 50s."
at April 07, 2017