On the One-Year Anniversary of the JWT Lawsuit That Shook the Agency World, How Much Progress Have Women in Advertising and Media Made? Don't Get Your Hopes Up 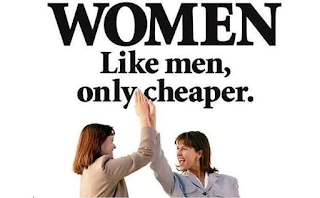 Folio Magazine is out with its annual salary survey, finding that digital editors earn more on average than their print counterparts (this just in) and that women in ranking editorial positions make less than men (stop the presses).

To which one might ask: What print editors? And which women edit leaders?

As anyone who's been paying attention knows, the print vehicles that are managing to hang on (more on that below) have not, with the exception of those that happen to be targeted to women, done much of a job hiring women for top jobs—the same problem that's happening and that's been getting so much attention in the agency world since a lawsuit was filed exactly a year ago today charging JWT's former boss with some particularly ugly behavior toward women.

That and other shameful episodes in the industry, plus a bombshell 4A's survey in which half of the ad women surveyed said they'd been subjected to sexual harassment in the workplace, have led to a welcome (overdue is probably a better word), full-court-press response. Notably, JWT would end up hiring a female CEO, Tamara Ingram. Ever ahead of her time (she was one of the first and only women to ever run a major agency in the U.S.), adland gadfly Cindy Gallop has been lighting a fire under the industry over this for years—a fire that became a thermonuclear blowtorch last year at Cannes after a moronic party invite sought out "attractive females and models only." I happened to be there on the Riviera to watch that debacle up close and in real time—and all I can say is, the sender's quick, rightful apologies aside, anybody stupid enough to send out something like that in the first place deserves all that's coming to them by way of the ferocious Gallop, and every other woman and man of common sense and common decency in this or any industry.

So, back to the business of publishing.

With the exception of a couple of extremely high-profile examples—Anna Wintour at Condé Nast and, more recently, Joanna Coles at Hearst—women in media have, like their agency counterparts, largely failed to reach and hang onto the uppermost rungs of leadership. (Another of the few ranking female editors, Janice Min of The Hollywood Reporter, recently stepped down to take a job as an advisor for the owner of the magazine she revived to much fanfare.) Of course, it is news to no one that putting out a magazine or newspaper gets more impossible every day—leading one to wonder whether we will now see even less attention paid to the advancement of females, as publishers become more intensely focused on matters like keeping the lights on.

We keep hearing from publishers that print losses have slowed, they're finally figuring out how to do digital, and at last the business is saved—diminished, but its weak little heart still eking out a thump-thump, thump-thump. But if that is the case, then why do we continue to read headlines about still more layoffs (Time Inc., The Wall Street Journal)? And what about the future of the industry? As someone who has closely followed and dearly loved the medium of print for more than two decades, I must say that it's been some time since I heard of any magazines being launched—while they continue to get killed at an ever-alarming rate. Some recent, diverse examples of print publications biting the dust: Self, Complex, The New York Observer, Surfing and The Pittsburgh Tribune-Review. A thriving industry is, of course, one that continues to introduce new products; for newspaper and magazine publishers, just to have reached the close of another year without ceasing operations is heralded as a victory.

The predicament of the media business is not helped by larger market trends. We all know that the Dow hitting consecutive days of record highs can only lead to one thing: eventual, precipitous collapse. And let us not be comforted by that jobs report out today, trumpeting that that hundreds of thousands of new jobs were created in February—think of it as the clinking of your crystal goblet of bubbly right before the Titanic hits the iceberg. Rumblings about the economy's questionable prospects are starting to become more of a quiet roar, as another "R" word is starting to get bandied around. Tying it all back to media, if an indicator of the overall direction of the markets and the economy is the recent, hysterical valuation of a certain digital startup (the creator of an app that, by the time its parent went public, was already being shunned by the cool kids who made it hot for a hot minute), then buckle your seatbelts.

On the bright side, though editorial opportunities, and particularly those connected to legacy print brands, are becoming as faint a prospect as "America is a nation of immigrants," there is a handful of companies out there currently seeking editors, I couldn't help but notice.

Where, you ask, are these fabulous jobs?

Chobani and Bloomingdale's, each seeking a whip-smart editor to create content.

Take that in for a second. The Wall Street Journal and Time Inc. are firing journalists, but a yogurt marketer is trying to find one.

That single line may sum up the state of media better than any other.

Welcome to the abyss. Hope you've strapped on your flippers.
at March 10, 2017